Almost eight years ago, I was given a chance to film a wedding in California. It was a dream come true because I was just starting wedding videography during that time. I was editing various video projects from other videographers and from that I have learned a lot about wedding videography. Something that I can use for this opportunity which was given to me by a friend who believed in what I can produce for her wedding.

A few months before the wedding, I went to apply for a US Visa. It was an over-all pretty awesome experience. My parents were anxious about my application though because I had nothing in my bank account. I had no property and I only had a lousy website and a bunch of mediocre (for me) videos. By the way, most Filipino applicants believe that they should submit a lot of documents that would help them get the visa, which is not even a part of the requirement. How did I get my US Visa? Send me an email. LOL!

Forward to a few months after the interview and after I got my Visa (Naks! *wink), I had a stupid indo-board accident that totally broke my right arm. It was ugly AF.

The doctors at the Manila Orthopedic Hospital advised me not to do any physical activities for the next nine months. I also needed to undergo major surgery plus a six-month rehabilitation. (deh bah bes?! Imbey! Susme pa no na mga ganap ko?! LOL!)

I was totally fine with that but when they told me that I couldn't travel abroad and that they wouldn't allow it, I said no. I would rather have this arm heal on its own and film my friend's wedding which was just a month away.

So I told them to fuck off (not exactly those words but you get then idea ) and let me be. I needed to sign a waiver for that though. Little did I know, that this would actually give me hell for the next few months. At this point, I would consider this the best-stupid-decision I had ever made. And I am not kidding.

The wedding was just a month away and we had already purchased the tickets. Everything was prepared and ready for the wedding, except for the broken-videographer. I would be filming the wedding alone, no production-assistants, no second videographer AND I would be using two cameras. Yes! Two cameras and an arm. Imagine how that would work out.

Anyway, stubborn me went on with the plan of filming that wedding in California. For the record, that was also my first time to ride a plane and my first time to be out of the country. So somehow that beats the Filipino US Visa belief that you need to get your passport stamped first to appear that you already went out of the country before you get your US Visa. Going back, my parents got quite worried again because I had a lot stuff on hand and I was disabled. This situation of mine somehow gave me perks during my trip - people were nicer, they gave way, they opened doors, they offered food, etc.

The day came and I was carrying a personal bag and two luggage, good thing the people at NAIA Terminal 1 was nice enough to help a disabled guy like me and "laglag bala" was not a thing yet. A 16-hour flight to Los Angles via Philippine Airlines and I was seated at the back row of the plane which meant I didn't have anyone beside me.

It was a long flight and I wasn't able to sleep a lot. Which made me think of a lot of things and of course realizations in life came in like it was a throwback of some sort. Questions like "What am I really doing with my life?" kept on rolling in my head like it's there to irritate me. My answer was simple: it was just to make videos, that's it. But I think that was not enough. The answer was not enough. It was not just that simple.

I am an undergraduate of a course that has nothing to do with what I am actually doing. I am not the best videographer nor the best video editor. All I have in me is passion and a story to tell. Was that even important? Does passion even sell? Will it feed me? I don't know! The future was still a blur at this point and I have nothing in front of me but the present and a past that I dare not to look back at. Oh LAX!

At first, it was kind of mesmerizing to see the city lights. But you will hate it when traffic hits you during rush hour, but then again, who am I to compare? The traffic in the Philippines is far worse than what they have in LA. As I was sitting in the last row, I couldn't help but just fall in love with the city. I wished my mom could've seen it.

When my friends saw me at the airport, I noticed that the look on Brenn's face was pretty devastated. I couldn't blame him, he didn't know me that much and I would be be filming their wedding with one arm and two cameras? How the f*ck would that work? I told them to trust me because I already got things planned out in my head. He smiled and took me to In and Out.

For the record, I like Five Guys better. It's all about preferences, nothing personal.

So off we went to things I needed to see in California. I brought my camera all the time so I could gauge my stamina in using it for the whole day. This was, of course, in preparation for their upcoming wedding. (Please view slide)

This was the camera set-up I used during the wedding. Two of these actually. Both with remote control and extended lenses. These bad boys can record HD footage for 24 hours straight because it has it's own internal HDD.

The Sony HDR-SR12 and the Sony HDR-XR520 plus the Sony Wireless Bluetooth Microphone and don't forget the Sony VCT-60AV tripods with remote control.

I had to set this all up a day before the event though. I didn't have to worry too much about the batteries because I had the big ones from Sony.

With all the excitement and fun happening, I dare not discuss the pain that I was feeling in my right arm. I didn't want to tell my clients about it because I didn't want them to worry too much about me. I should be on the last on their list. But everyday, upon waking up, eating, bathing, brushing my teeth, I would feel my arm hurting and sometimes it was unbearable. I only had a splinter, gauze, and an arm sling, no cement casts to protect me from bumping my arm into anything. There were nights that I would just wake up because it was cold and my arm hurt really bad. I was hoping to get through it. In photos I smiled because I needed to hide the pain, because I didn't want to be asked by people what's wrong or what the problem was. I would rather bare the pain than answer questions.

Wedding day came. I was at Kaye's place two hours before the call time, I had to set all the wedding details in place and film it before the photographer got there. I didn't want to bother them because I will be moving slower than usual.

Everyone enjoyed the wedding. Their weddings in the US is not so different from what we have here in the Philippines but the reception there is more intimate. People stayed the whole evening and celebrated the love of Brenn and Kaye. They know how to party there I must say.

With my arms hurting and with no help from a production assistant, I was still able to produce this kind of video presentation for the couple:

As far as I can remember, Brenn told me that he couldn't believe what he just saw and what I had produced. He was doubting that I would produce something decent because of my situation and was not expecting something like that would be produced by a solo-disabled-videographer. To be honest,even I was surprised. I was editing this video with one arm. I couldn't hold the mouse with my right hand so I had to use my left hand, I couldn't even click on the space bar to play the video clips so I was using my left elbow. It was a process that I had never imagined but I needed to finish the video. Brenn and Kaye deserve their wedding video and I had to edit it, in any way I can. So I did.

After the program ended, I was on a rush to go to the airport and fly to New York where I would meet my relatives that I hadn't seen for the last 10 years. This is what I call "ME" time.

I saw my family and went around for a few days and I appreciated the hospitality of my relatives there. It was a good time indeed. Went to tourist spots, ate NY street food that I don't find amazing, roam around, then ended at one of the most beautiful places on planet earth - B&H Store.

This post is not even half of what happened during my 18 days stay in the US, I want to keep it that way. But these memories will be in my mind and heart for the rest of my life. The question now is, what have I learned from all of this? Well first, never do something stupid before going to the US that's for sure! LOL! Second would be to always face your fear because there is another YOU behind that thing that scares you. Yes, I was scared. I was scared to travel alone, I was scared to get denied for a VISA, I was scared to travel with one arm, I was scared to film an event with one arm. Despite all of this in mind, I never doubted myself. I kept on reminding myself that I started from zero and being able to realize that, gave me perspective that would push me to keep on moving forward, to keep on trying, to keep on challenging myself to out-do myself and beat my own demons, so Don't Stop Me Now. 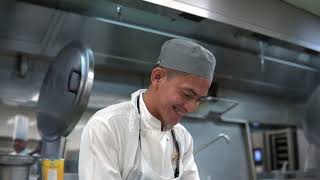 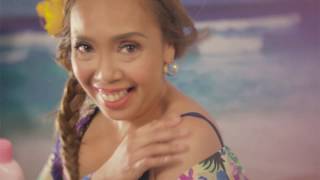 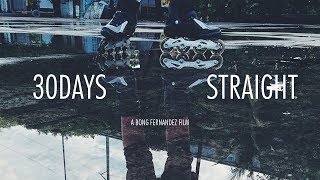 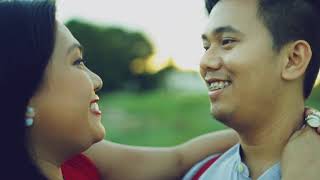 Bryan and Tsini: Forward in Reverse 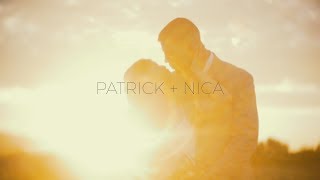 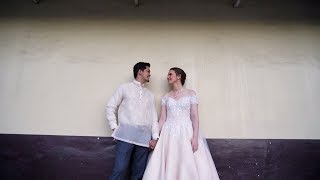 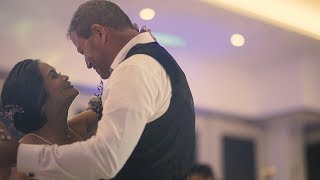 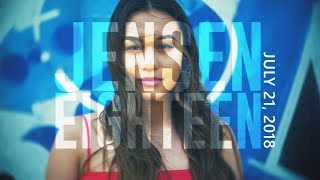 Jensen: A Decade and Eight (California) 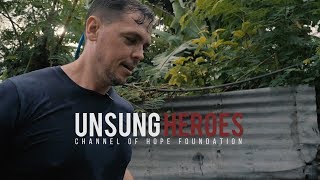 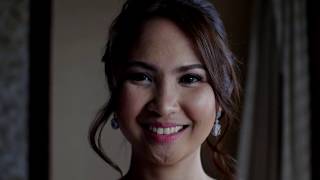 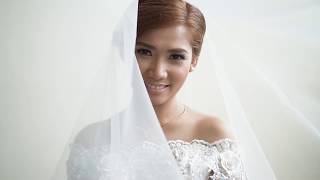 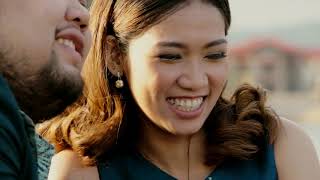 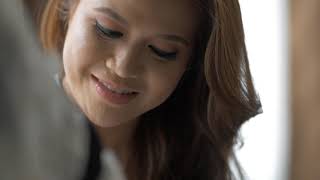 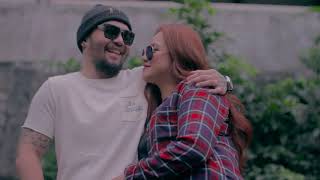 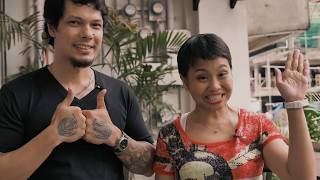 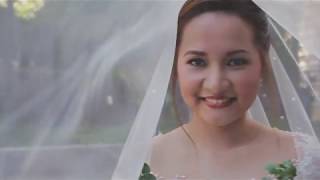 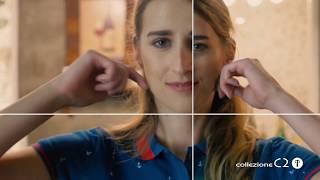